No Fire Hydrant, No Problem

Because fires rarely happen next to a hydrant, drafting water and running hose lines are two of the most basic firefighting skills, making firefighters experts at moving water.

That means hooking up to a fire hydrant within a couple of minutes or needing a tanker or additional engine to keep water flowing onto the flames. 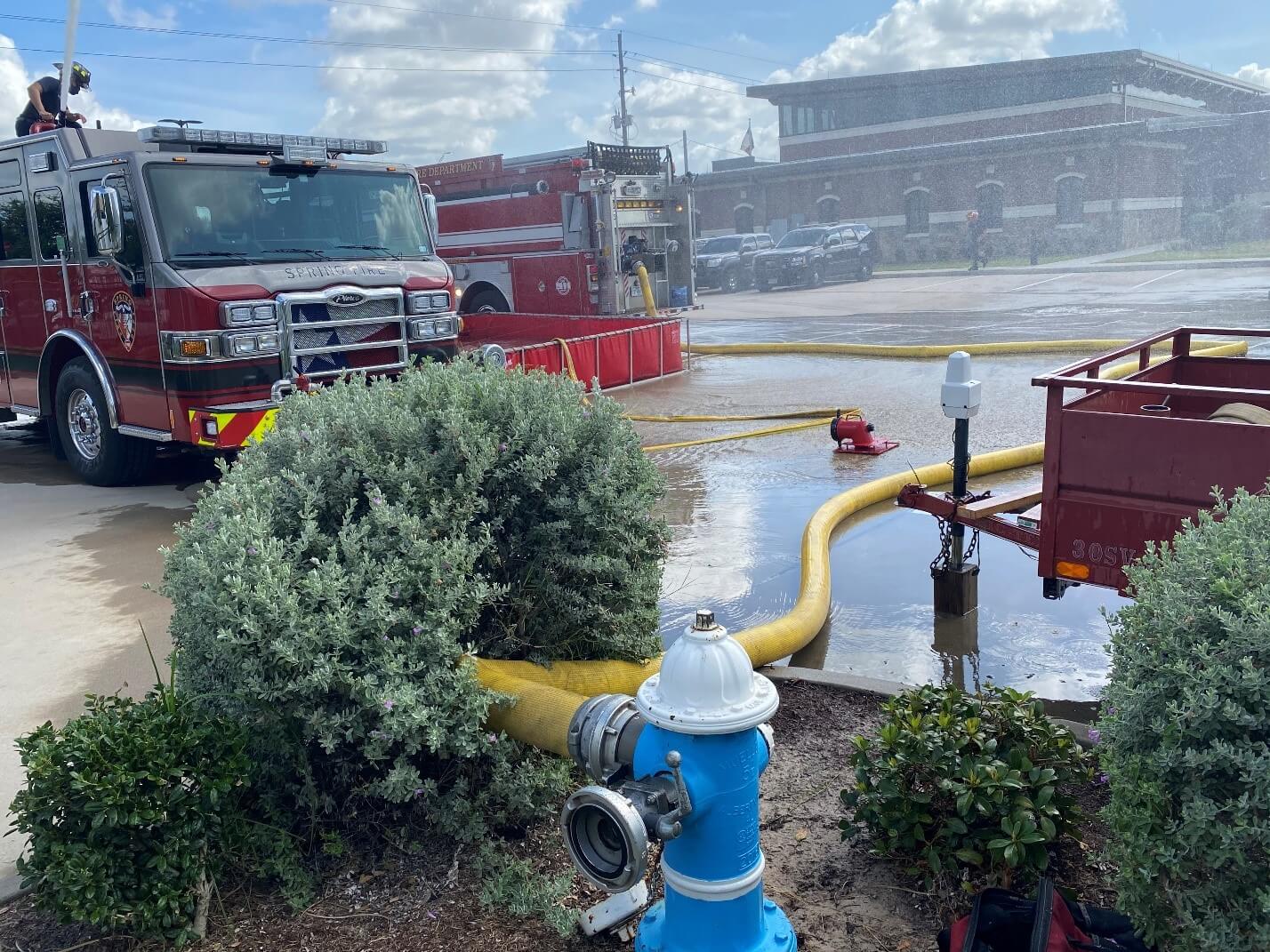 In areas with weak or even no fire hydrants close by, firefighters have to bring even more water. Using Water Tenders — fire trucks also referred to as tankers that are designed to carry large amounts of water — and portable folding water tanks, firefighters can shuttle water to the tanks to support firefighting operations. This process is called “Drafting,” and with the use of multiple Water Tenders, this system can sustain large volumes of water flow for extended periods.

“Spring Fire has two tankers that can carry 3200 gallons of water apiece,” added VonWiesenthal. “They are equipped to get water from neighboring hydrant systems, or other large bodies of water such as streams, rivers or lakes.”

Drafting is the process where water is sucked in through pumps built into the tender, which then brings the water back to the fire scene where it is dumped into the portable folding tanks. 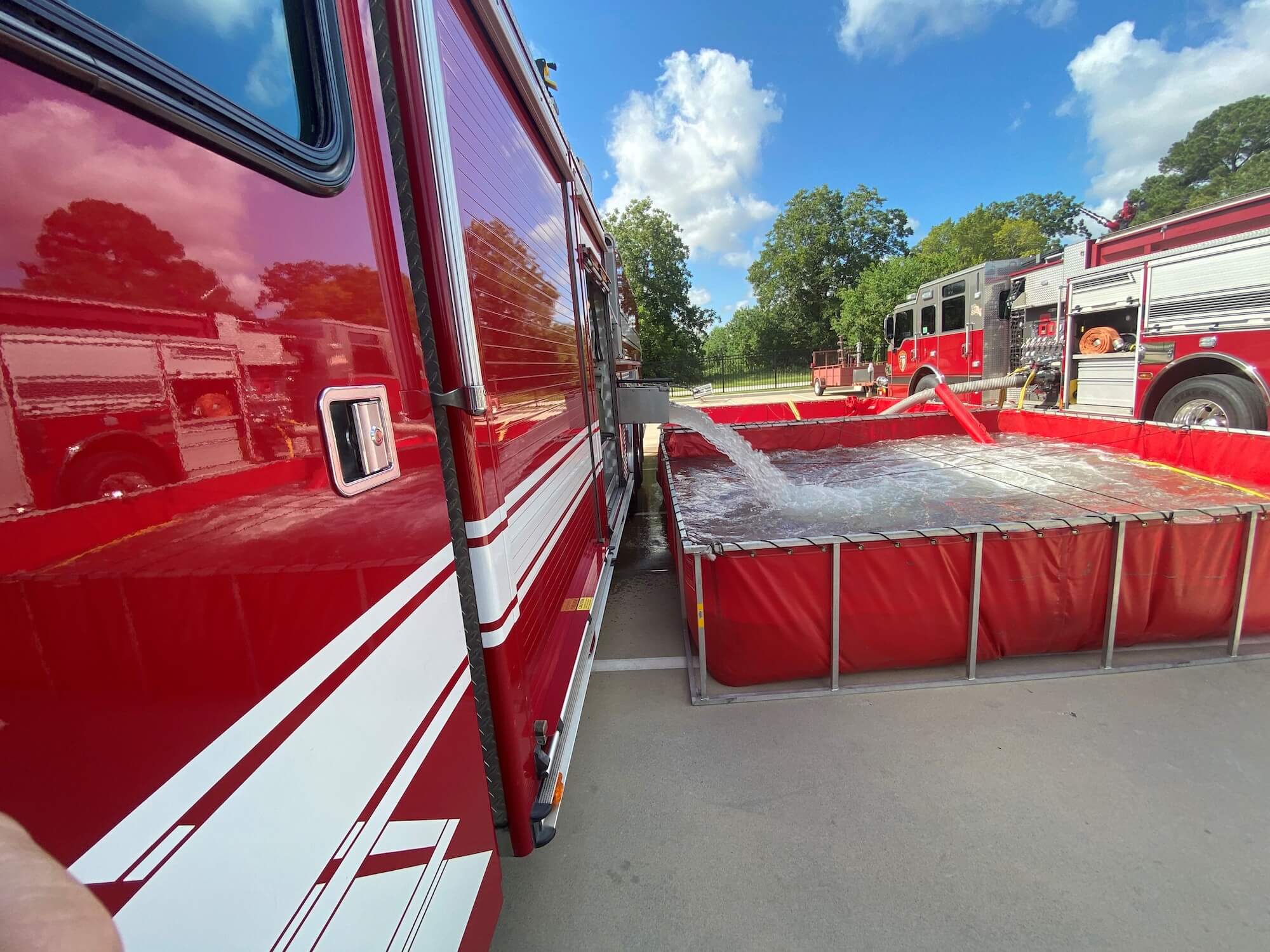 Depending on the size of the fire, this operation may involve multiple tenders making dozens of trips to carry water to the scene. The fire engine driver is responsible for seeing that this water delivery process moves as quickly as possible. 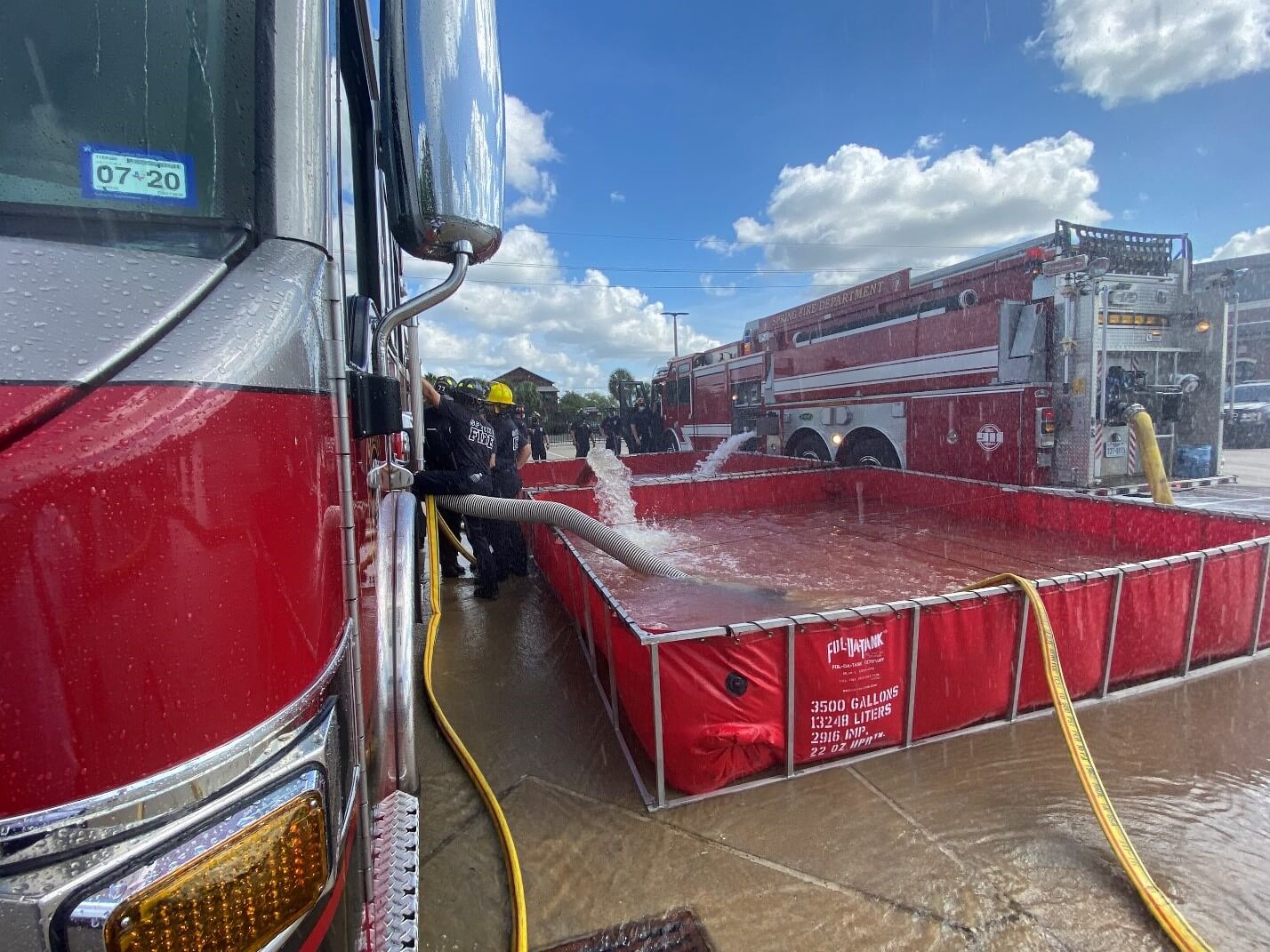 (Training photo of an Spring Fire Engine drawing water in from portable tanks while they are being refilled by a tanker. Photo taken by District Chief vonWiesenthal.)

Hose lines for Fire Attack are the responsibility of the first engine to arrive. Otherwise known as the “attack pumper,” the first engine on the scene takes the responsibility of flowing the water onto the fire. “In a large fire, such as the Motel 6 fire, different engines will position on different sides of the fire. All may serve different roles in a large, coordinated effort to extinguish a multiple alarm blaze.” 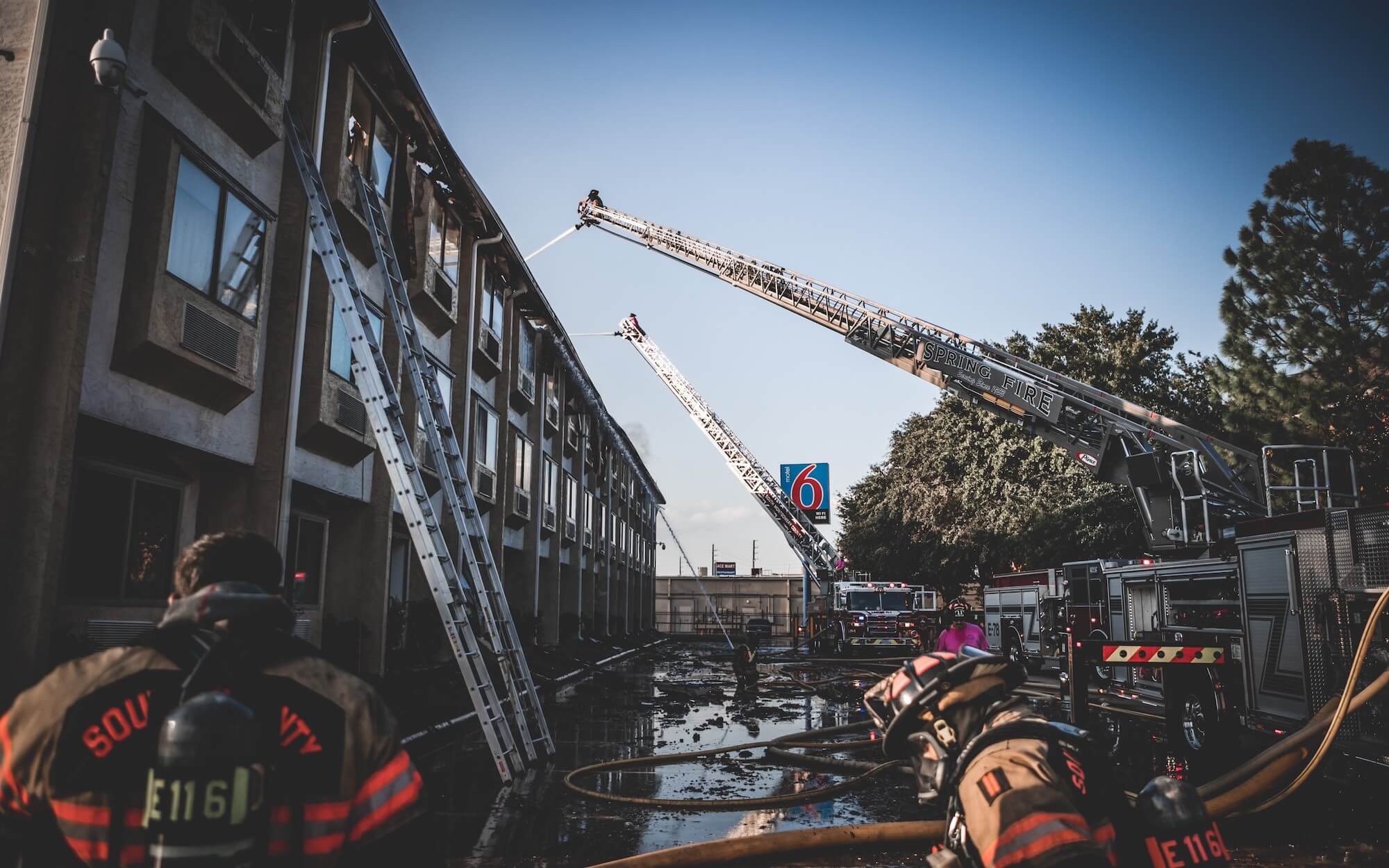 Spring firefighters carry different sizes of hose for different purposes. “A typical attack line to fight a house fire is 1 3/4 inches in diameter,” added vonWiesenthal. “The largest hose Spring Fire carries is not for fighting fires but for quickly suctioning water out of the portable tank. Those hoses are six inches in diameter, over three times the size of the standard attack hose.” 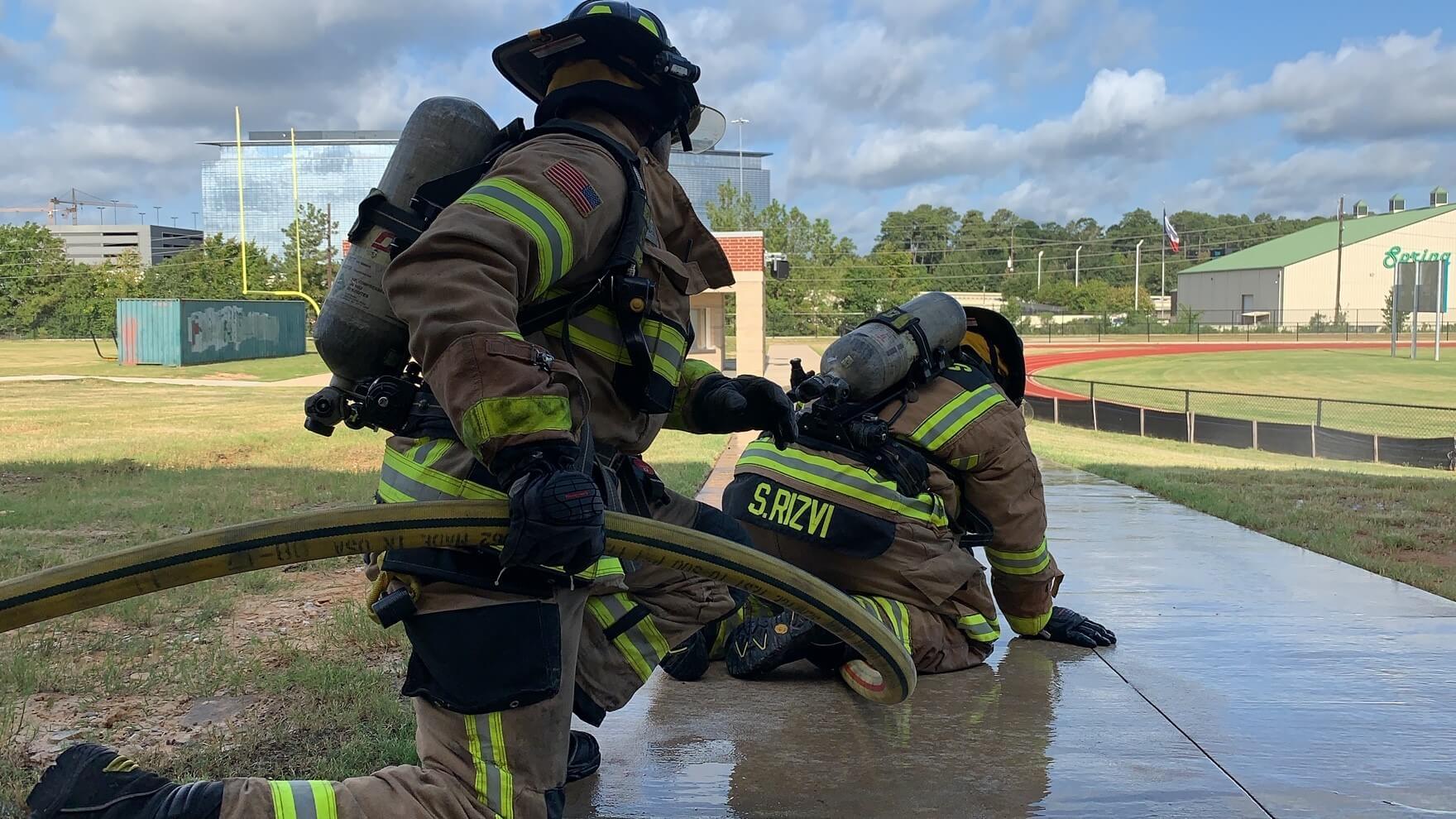 The bottom line is you need water to put out a fire. When hydrants are not easily available, firefighters need to learn creative ways to get water onto the fire as quickly as possible in order to save lives and property.