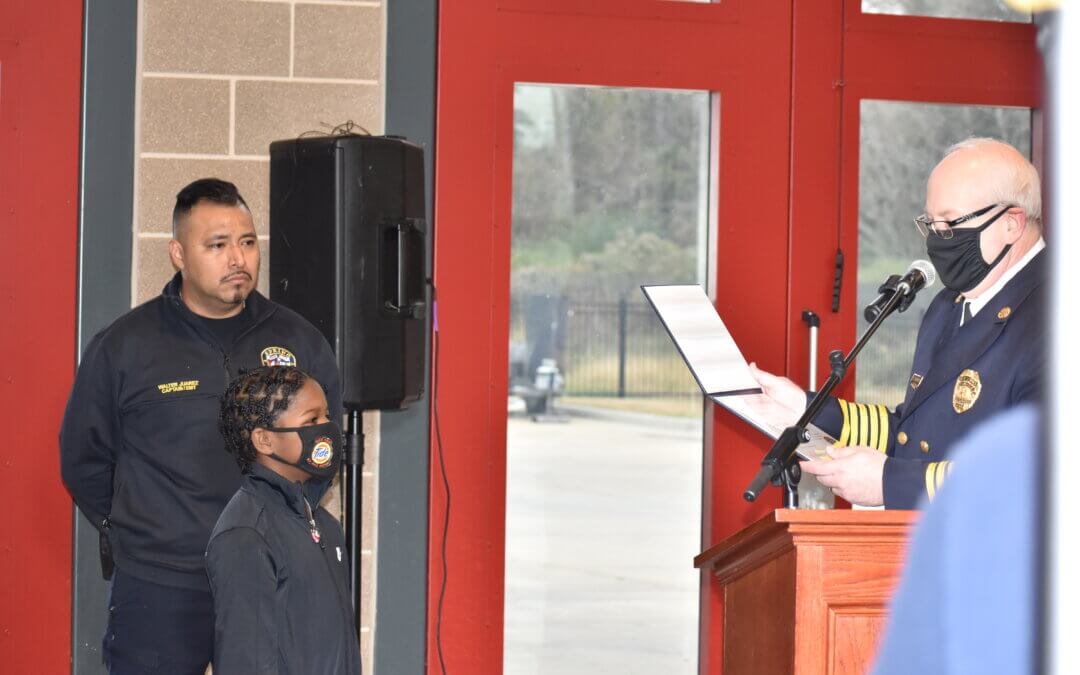 Early in the morning of January 1, 2022, spent fireworks ignited pine needles on the roof of Bob Schenck’s Timber Lane home. He was out of town, but Justin’s quick-thinking to wake up his parents got them engaged in calling 9-1-1 for help and warning neighbors. As his mother, Nicole Clayton, spoke with a Texas Emergency Communications Center (TECC) 9-1-1 dispatcher, Spring Fire crews were being dispatched. 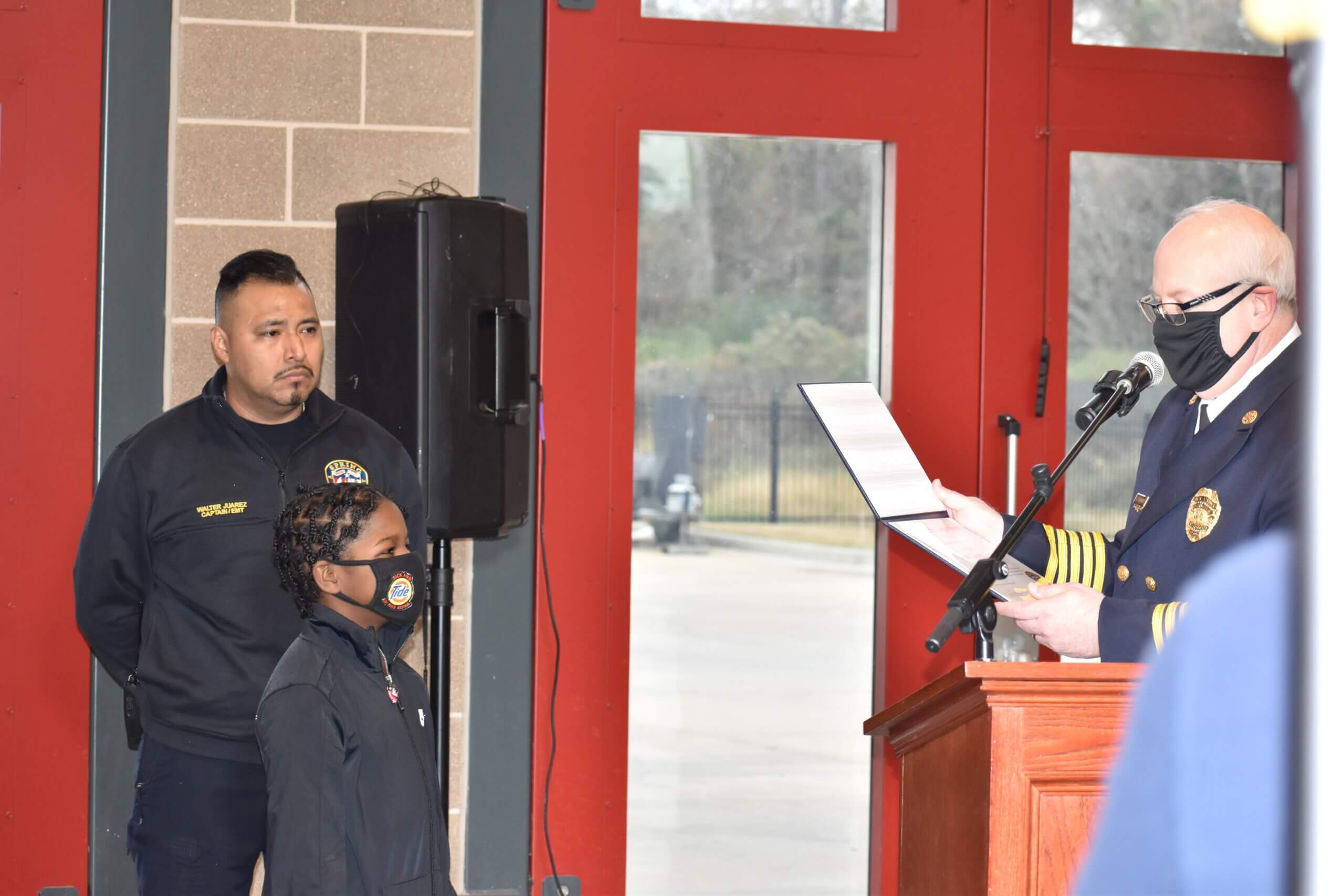 Having just extinguished a nearby fence fire, the crew of Spring Fire Engine 74 C-Shift heard the radio call and was on scene working to extinguish the house fire in under three minutes. Assistance from other Spring Fire crews arrived in minutes allowing the crews to work together to move, and thus save, many of the Navy vet homeowner’s treasured mementos.

“Justin’s quick thinking has made us all proud,” said Spring Fire Chief Scott Seifert. “We think he’s off to a great start as a future first responder and we hope to see him in training in about a decade.” 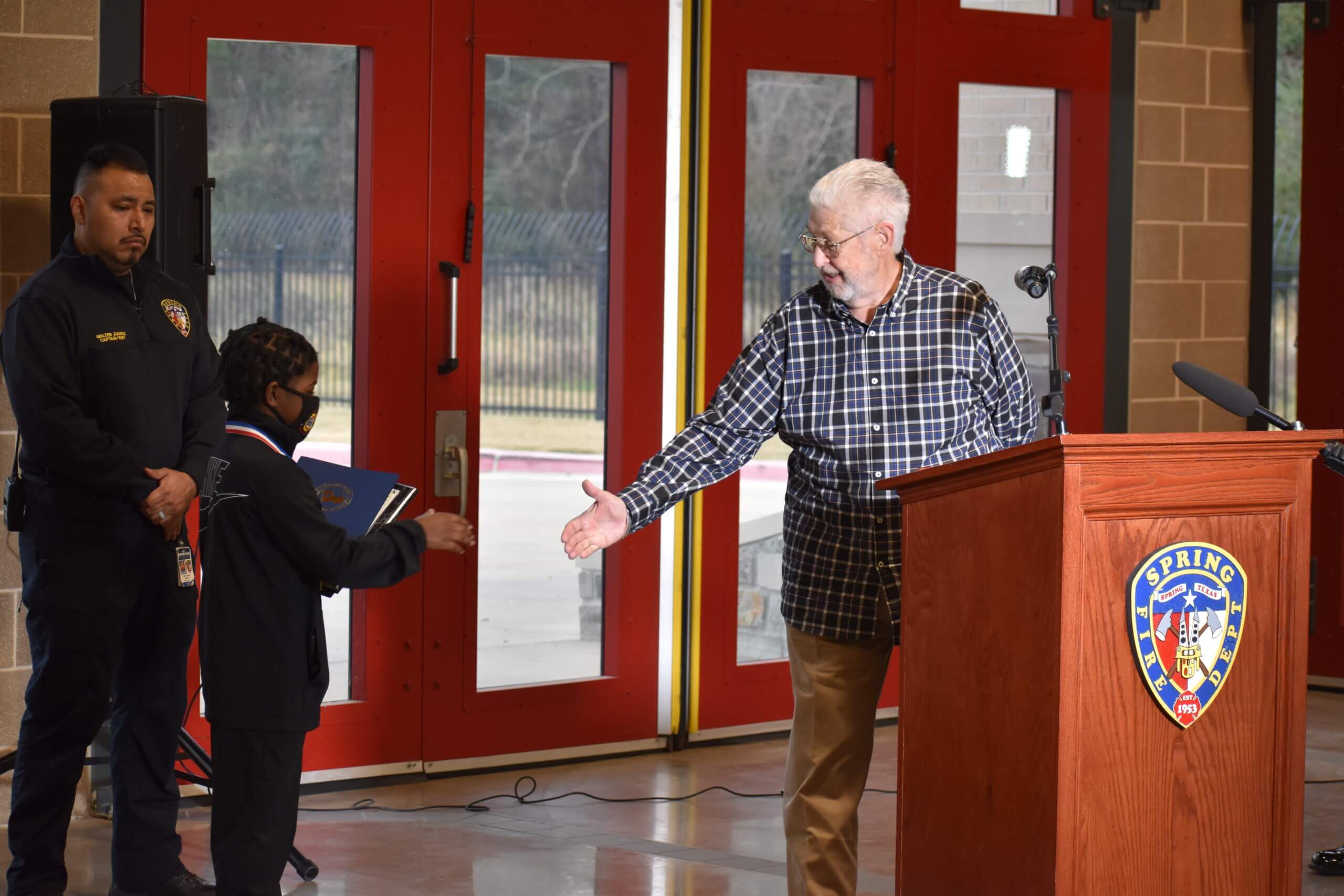 “Justin was commended today for knowing what to do and how to act during an emergency,” added Chief Seifert. “He is a great example for other children who see a need for emergency help because he responded in exactly the right way. In taking immediate action to get the nearest adults to call for emergency assistance and start helping their neighbors, Justin is a hero and deserving of these accolades.”

Follow Justin’s example when you see an emergency happening. Kids should find the nearest adult to call for help and adults should dial 9-1-1 and be prepared to state the emergency and the location. Remember when you see something, say something.