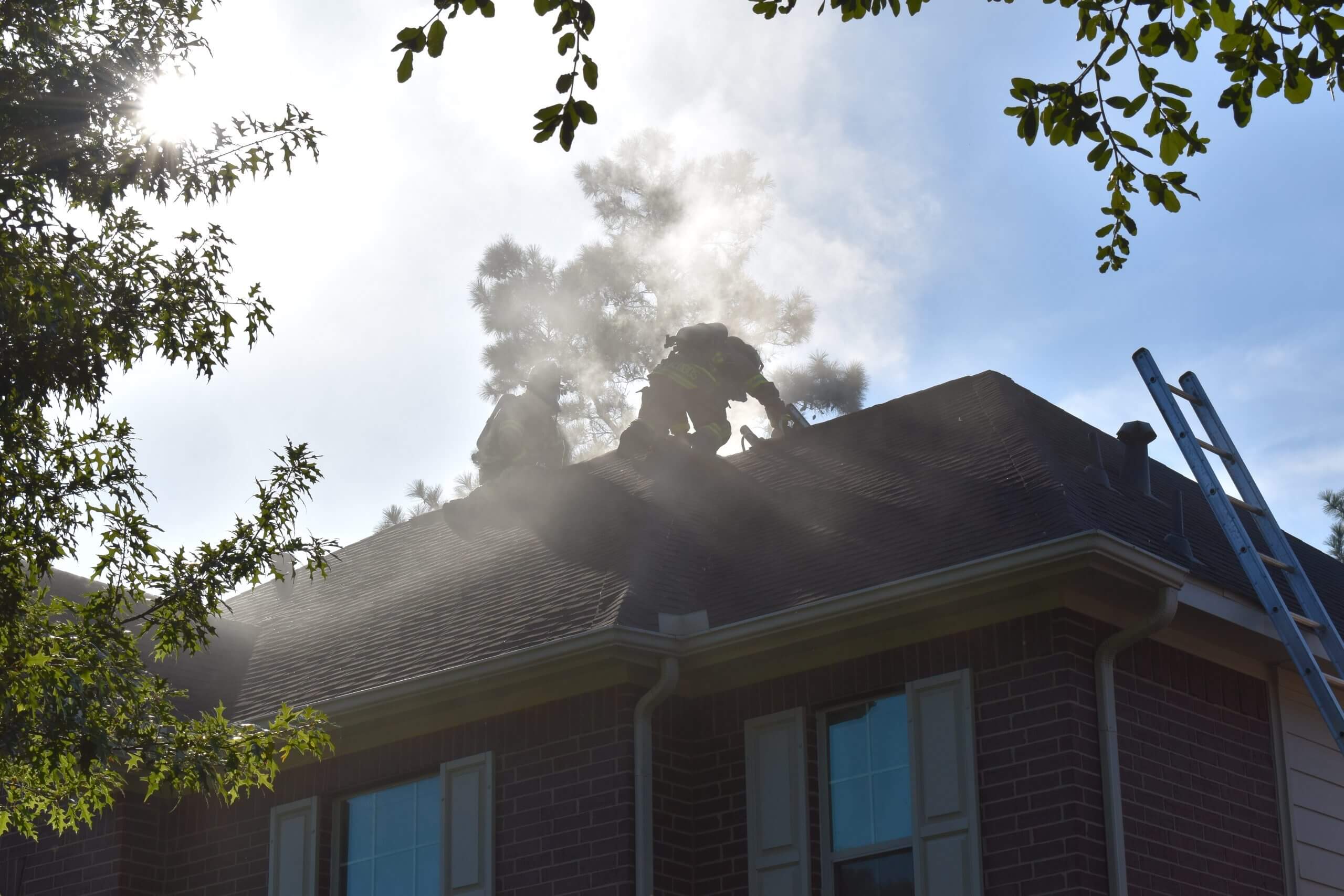 Around 8:30 this morning, a woman called 9-1-1 for help and ended up helping save her own life. 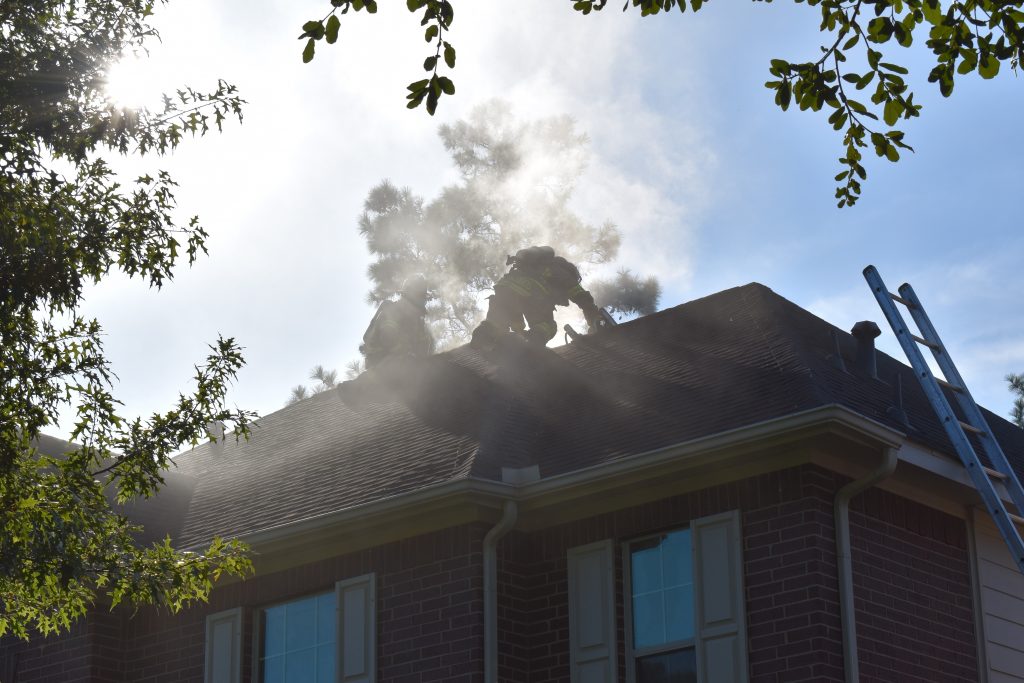 Trapped by smoke and flames on the second floor, she reached Cypress Creek Emergency Services dispatcher Ash Thompson on the other end of the line. Thompson calmly talked her through what to do as his teammates dispatched several Spring Fire Department crews to the Spring Lakes residence. 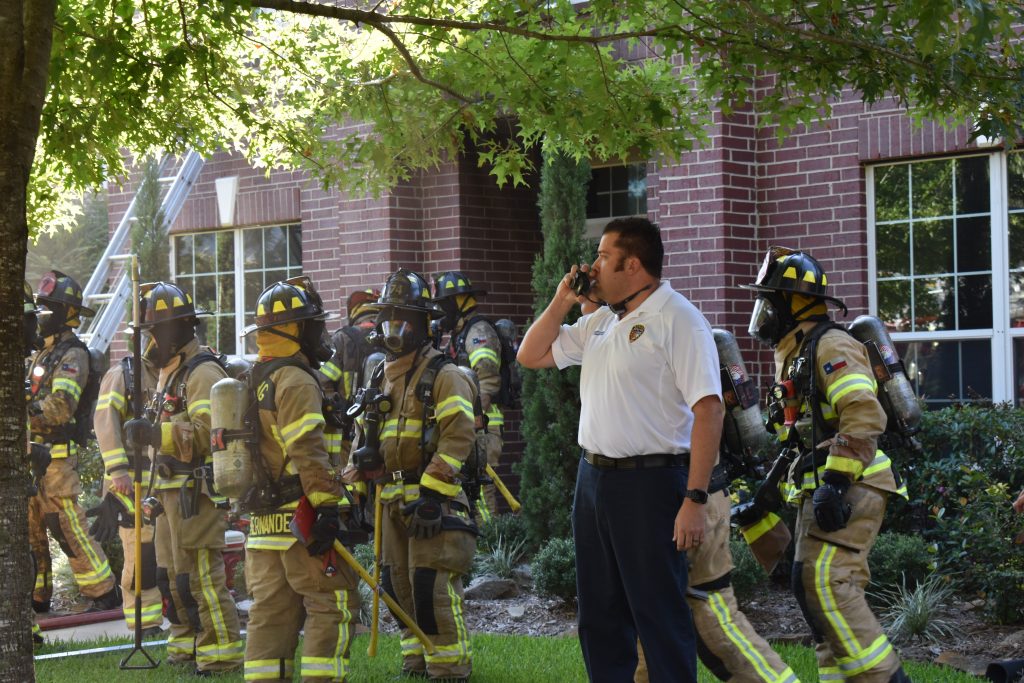 “Four Spring fire engines were on scene within just a few minutes,” said Assistant Chief Robert Logan. “Multiple crews began attacking the fire from the inside while searching for the trapped woman.”

While Thompson directed her to stay in an upstairs bedroom with the door closed and sheets stuffed under the door to limit smoke exposure, Spring Fire Captain David Paige went up the ladder.

Paige immediately broke out the window and began pulling the woman out to safety. 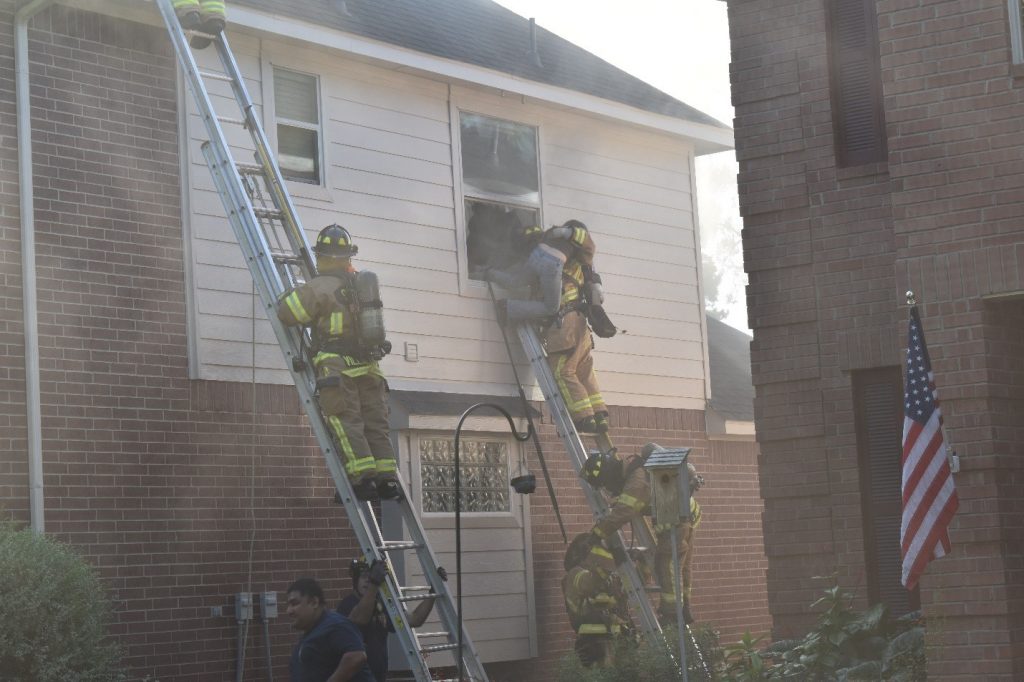 (Photo: Captain David Paige getting the woman out of the window while crews held the ladder.)

“Despite having to be treated at the scene for cuts, Captain Paige personally carried her down the ladder to the CCEMS Medics standing by to get her to the hospital,” added Logan. “In a matter of minutes she was en route to the hospital.”

“She truly had two heroes on her side today in Thompson and Paige, neither was going to stop until they were sure she was safely out of the house,” added Logan. 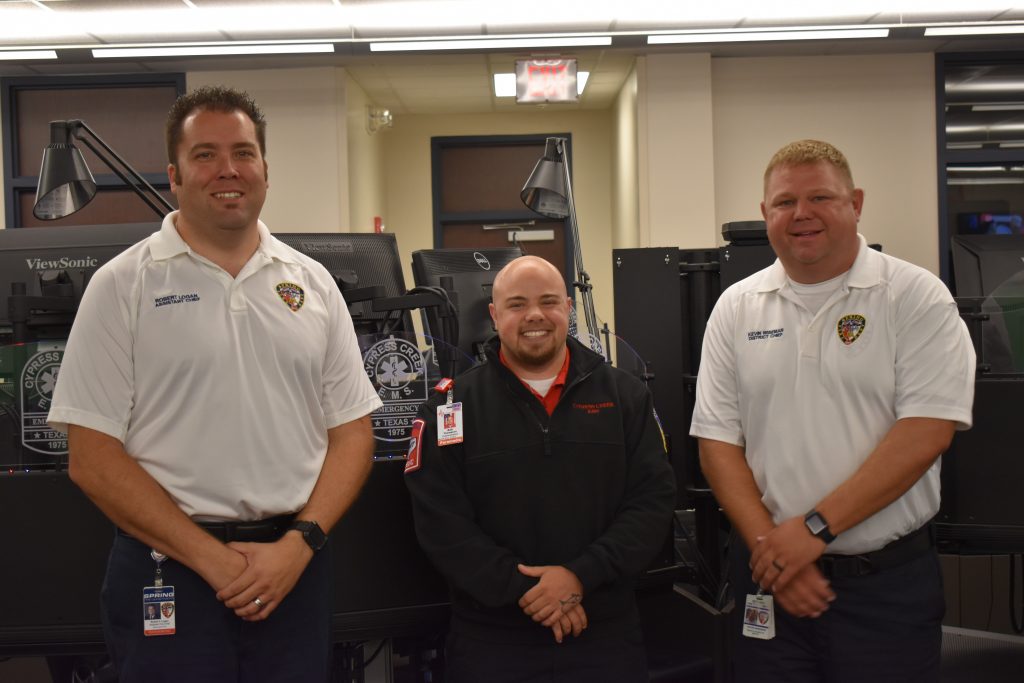 (Photo: Ash Thompson flanked by Assistant Chief Robert Logan and District Chief Kevin Wiseman who went to the call center to thank him for his actions in today’s rescue.)

Shortly after the rescue, Spring Fire crews extinguished the blaze.

The Harris County Fire Marshall’s Office has ruled the fire accidental due to a unspecified electrical malfunction in a refrigerator.