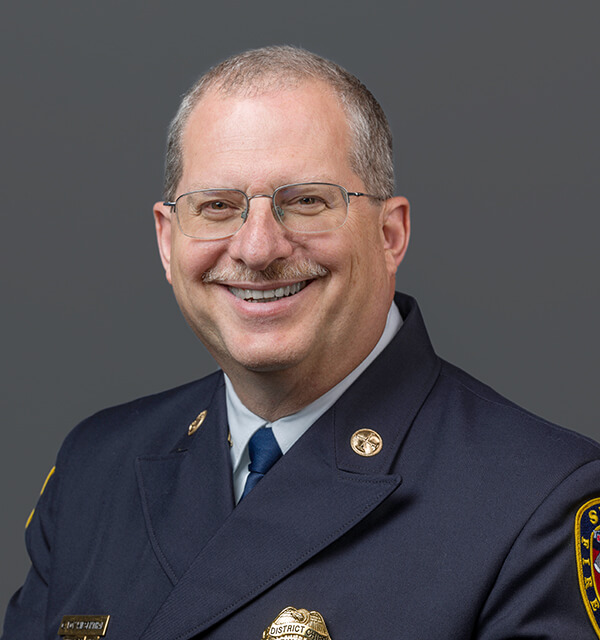 Chris has been at the Spring Fire Department since 2015, but he has had firefighting in his blood since 1972. In addition to serving with Spring, he is also active at the Cy-Fair Volunteer Fire Department. With multiple rescue and special operations certifications, including TCFP Advanced FF, HazMat Technician and HazMat Incident Commander, Chris is a well-rounded first responder. Even before he joined the fire service, Chris has always had a passion for the fire service, whether that be through designing Aerial Fire Apparatus for Pierce manufacturing or selling equipment to fire stations, EMS and law enforcement.

One of Chris’s favorite fire station memories was during training in the 1970s when he had to climb a 50 foot Bangor ladder. He takes training very seriously, as seen by his favorite saying “Don’t train until you get it right; train until you can’t get it wrong – lives depend on it!”

Chris loves all kinds of sports, especially skiing, hockey and tennis. In fact, when he was younger he wanted to be a professional hockey player or downhill skier. Back in the “hair band” days he was a bass player and still loves classic rock. Chris always strives to be the best husband to his wife, Linda, and the best role model for their children and grandchildren.