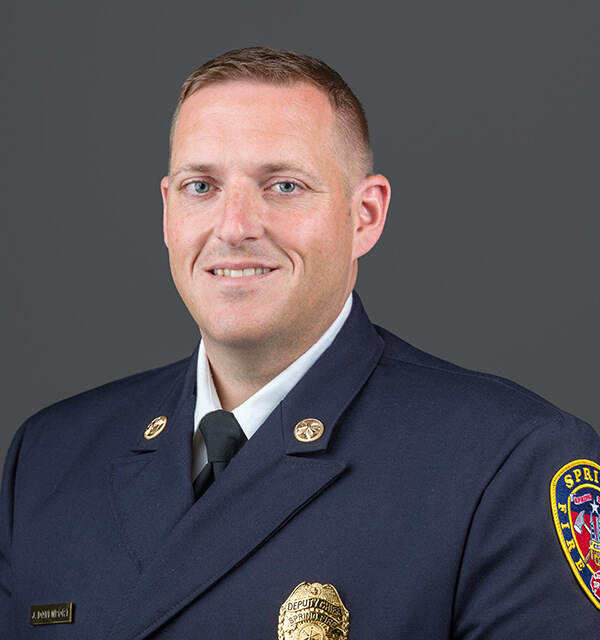 Jerod Davenport joined the Spring Fire Department in the fall of 1997. Starting as a junior member at Station 72, Jerod has earned an AAS in Fire Science from Blinn College and risen to the rank of Deputy Chief. Jerod also serves as a Lieutenant and EMT Paramedic for The Woodlands Fire Department.

Most of Jerod’s spare time is spent soaking up every moment he can with his wife, Stephanie, and 3 children. When he has the chance to catch a baseball game, Jerod will cheer on the Houston Astros. Jerod believes that with God all things are possible, which is probably why he aimed so high as a child with his dream to be a trash-man.